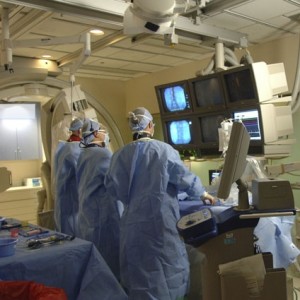 As recent medical history demonstrates, it is not a question of making a choice between natural approaches to health vs. technology.

What is required is a new synergy that can only come from a greater human respect for nature and the natural needs and responses of the human body, to be followed by the intelligent application of lessons learned.

Man’s technological arrogance has led us down a mistaken path in medicine on more than one occasion, only to reveal the damage that results from a lack of applied wisdom.

In the 1980s, a study was designed to test how we could improve the survival of men who had suffered a heart attack.

The first trial was meant as a study of the efficacy of Drug A. When Drug A caused statistically more deaths when taken by study participants than if no drug had been taken, it was abandoned. A new trial was begun to study the efficacy of Drug B. The result of the tests using Drug B was the same as the tests using Drug A: More men dying. Based on the overall results, the entire study was eventually abandoned.

Some years later, a review of the study revealed that the men who were more likely to survive had one peculiar thing in common: They were frequent dog-walkers.

But was this really an unpredictable revelation? Walking has been perceived as man’s best medicine since it was first proclaimed as such by Hippocrates in 450 BC.

What should we do with this knowledge? Prescribe scooters to overweight post-MI patients? Operate on patients with coronary artery disease who could have been treated, along with obesity, hypertension and diabetes, by regular walking? Perform leg-bypass operations on individuals with claudication who could have been equally well treated with a regimen of walking and a healthy lifestyle?

Or do we come to a realization that spending billions of dollars bailing out the automobile industry only fuels the fire of mass inactivity – regardless of the effects on the manufacturing sector and the broader economy.

Curiously, the relatively new phenomenon of “exergaming” may be one persuasive answer to preventing obesity, diabetes and hypertension in our youth.

Exergaming is the catch-name for video games and technology-based activities that result in calorie burning. One of the more commonly known exergames is Wii Fit. The problem is that “evidence exists that spending time outdoors is the strongest correlate of physical activity among preschool-aged children,” as quoted from the July 2011 Archives of Pediatric & Adolescent Medicine, 2011; 165(7): 667-669.

I have repeatedly cautioned about using technology-based answers to problems that are for the most part a result of technology dependency.

An easy, simplistic example that highlights the unintended consequences of this type of approach is the handicapped scooter. With obesity at the root of so many of our nation’s health and financial problems, we have companies marketing scooters directly to the public as a medically necessary device. At first glance, these scooters may appear as a great solution that enables handicapped people to be mobile indoors and out. But the ultimate effect is that the overweight diabetic person moves less, resulting in more weight gain, worsening diabetes and the deterioration of vascular health. This further results in even poorer blood flow to the legs, further limiting the patient’s mobility.

Which leads me to conclude by reprising another oft-repeated piece of advice that I impart to all of my patients.

Do not forget the best exercise: Walking.

Walking is the live-longer, anti-diabetes and lower-your-cholesterol sport for all weathers and all ages, starting in early childhood – just as soon as your toddler learns to stand on his or her own two feet.

In fact, in the healthiest cultures, there is a common proverb that sums up the basis for healthy living: “We have with us at all times two doctors – the right foot, and the left foot.” Words to live by.